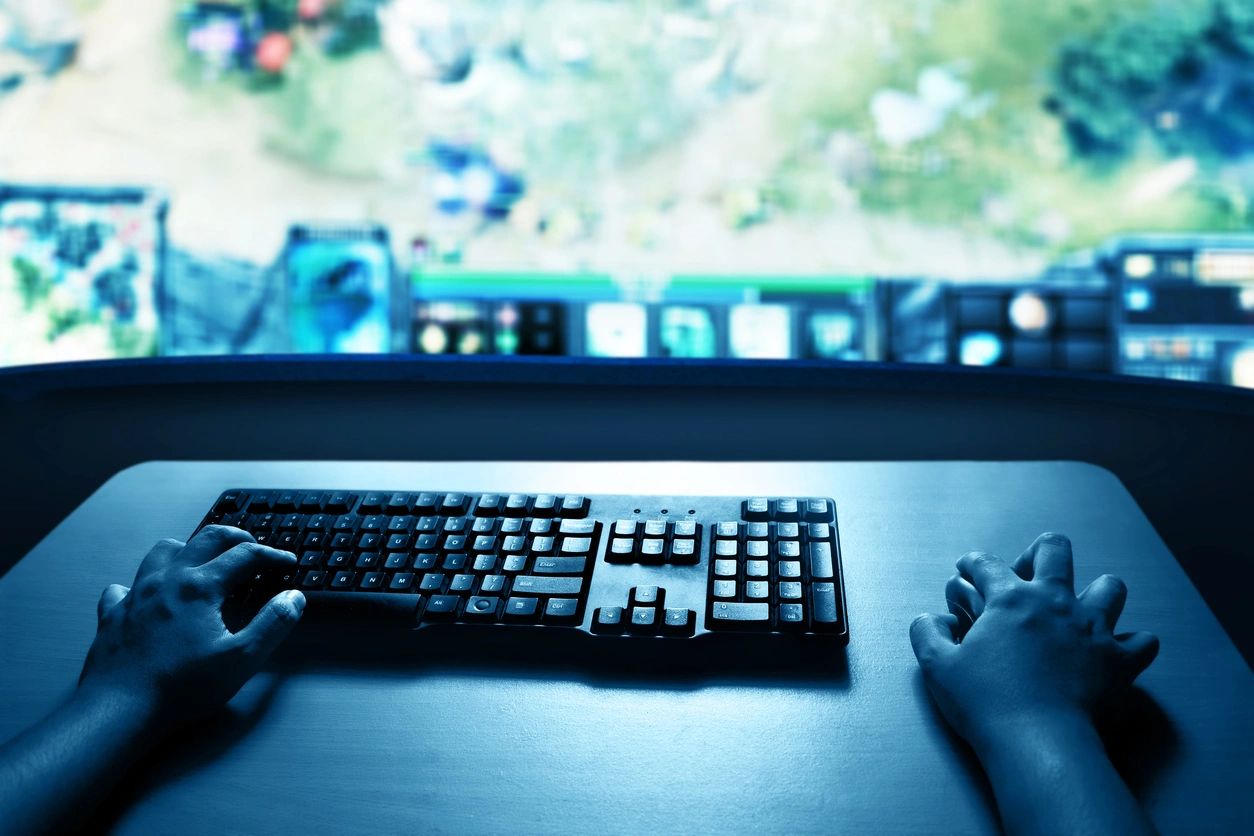 Loot Boxes. Whether you call them surprise mechanics or cash grabs, they are one of, if not THE, hottest topic in the games industry.  The small phrase has created a large response. Gamers have begun a hard push back against the current regime while many companies are clawing to maintain the status quo.  But, how did we get here and where are we going?

Loot Boxes in a Nut Shell

My first memory of loot boxes is from when I was a small child. Every trip to the supermarket ended with a stop at the register, where there was an assortment of multi-colored holographic playing cards: Pokémon, NBA, MLB, NHL, NFL, or Magic The Gathering were just a few of the card types that I found myself peddling on my parents’ carts (or buggy depending on where you’re from) in the hopes that they would purchase the card pack for me. Usually, it was the 10-card pack. Sometimes, I was lucky and could get the 50-card starter pack. Looking back, it is easy to see that these were in fact loot boxes. I would get my parents to spend $2.99 to give me a chance at getting a Charizard, Vanausaur, Blastoise, or that all-mighty Holographic Pikachu. If you were lucky, you got all the cards quickly, if you were less lucky, it might take several trips to the supermarket and creative bargaining with parents. Most people were not that lucky.

Fast forward to today and loot boxes have become common in almost all forms of the game market. They are especially present in the video game market. From NBA 2k to Destiny 2, there is some sort of chance mechanic, usually termed RNG. RNG refers to the random number generator that generally is utilized to determine what items a player receives from a loot box. Another theme is that you need to use some in-game currency to purchase this chance of greatness. Juniper Research estimates that Loot boxes will create a $3 billion increase in revenue in the gaming market by 2022.  The games market has high expectations for loot boxes and many triple-A titles place loot boxes into development plans.

The financial success of the loot box system, as well as the deceptive tactics used by some game companies, has caused many governments to focus on loot boxes and their legal future.  Senator Josh Howley announced his intention to implement legislation to ban loot boxes for use in games that market to minors. There have been many evaluations of the proposed legislation.  Before we discuss those reactions, we should review the legislation. The ban would apply to games targeting players under the age of 18.  The bill attempts to describe what constitutes a game targeting players under 18. It states that you would look at the following:

page 4-6 of the proposed Bill

A History of the Case Law

Clearly there are several elements evaluated to make the determination; however, I do not believe that the bill (in its current form) passes any constitutional criteria. Attorney Brandon Huffman has already detailed how the Bill likely fails any first amendment challenge in his article. In short, Attorney Huffman argued that the speech in games is protected speech. He relies on the opinion delivered by the late Justice Scalia in Brown V. EMA. The Supreme Court found that video games were protected just like violent speech in books and radio. Both of those fields have previously been attacked, and the Courts have protected the speech in their holdings.

I assert that the bill also fails a due process challenge. The bill, as constructed would fail as void for vagueness. This constitutional law concept is fairly simple, so naturally, there is a long line of cases to describe how it works. In 1926, the Supreme Court stated that “a statute which either forbids or requires the doing of an act in terms so vague that men of common intelligence must necessarily guess at its meaning and differ as to its application violates the first essential of due process of law.” Connally v. General Constr. Co., 269 U.S. 385, 391 (1926).

The doctrine was discussed at length in U.S. v. L. Cohen Grocery co. In that case, a law was created which made it “unlawful for any person willfully * * * to make any unjust or unreasonable rate or charge in handling or dealing in or with any necessaries; to conspire, combine, agree, or arrange with any other person * * * (e) to exact excessive prices for any necessaries. * * * Any person violating any of the provisions of this section upon conviction thereof shall be fined not exceeding $5,000 or be imprisoned for not more than two years, or both. * * *” U.S. v. L. Cohen Grocery co., 255 U.S. 81, 82 (1921).  The court found that this statute impermissibly left the determination of illegal actions in the laps of the jury. Id. at 87. The court explained that the language of the statute does not control any specific action because “It leaves open[…] the widest conceivable inquiry, the scope of which no one can foresee and the result of which no one can foreshadow or adequately guard against.” Id. at 89.  The Pacifica and Fox line of cases informed the public that the doctrine does not only apply to criminal matters, but to civil statutes as well.

In FCC v. Pacifica, The Supreme Court evaluated the constitutionality of the FCC policy in regards to Title 18 U.S.C. sec. 1464 governing obscene and indecent behavior. The case centered around the broadcast of a monologue by George Carlin that used language dealing with sex and excretion. The court there held that the FCC could limit the speech as it was not fully protected. Fast forward to 2011 and the court would again revisit this issue in FCC v. Fox.

“First, in the 2002 Billboard Music Awards, broadcast by respondent Fox Television Stations, Inc., the singer Cher exclaimed during an unscripted acceptance speech: “I’ve also had my critics for the last 40 years saying that I was on my way out every year. Right. So f*** ‘em.” 613 F. 3d, at 323. Second, Fox broadcast the Billboard Music Awards again in 2003. There, a person named Nicole Richie made the following unscripted remark while presenting an award: “Have you ever tried to get cow s*** out of a Prada purse? It’s not so f***ing simple.” Ibid. The third incident involved an episode of NYPD Blue, a regular television show broadcast by respondent ABC Television Network. The episode broadcast on February 25, 2003, showed the nude buttocks of an adult female character for approximately seven seconds and for a moment the side of her breast. During the scene, in which the character was preparing to take a shower, a child portraying her boyfriend’s son entered the bathroom. A moment of awkwardness  followed.”

Fox and ABC were sanctioned by the FCC for the broadcasts and sued the FCC. At the time, there was a policy in the FCC stating that if the use of expletives was “fleeting” then there was no sanction. Unfortunately, the FCC had changed the policy multiple times. In fact, just after the broadcast, the FCC determined that even a fleeting use of expletives was actionable. Id.

Justice Kennedy gave the opinion of the court which centered on the idea that “A fundamental principle in our legal system is that laws which regulate persons or entities must give fair notice of conduct that is forbidden or required” Id. at 11.  Justice Kennedy clarified further stating “[e]ven when speech is not at issue, the void for vagueness

doctrine addresses at least two connected but discrete due process concerns: first, that regulated parties should know what is required of them so they may act accordingly; second, precision and guidance are necessary so that those enforcing the law do not act in an arbitrary or discriminatory way.” Id. at 12. Kennedy also points out that where speech is concerned this principle is important to avoid vagueness that may affect protected speech. Id. The Supreme court determined that the FCC policies in conjunction with the language in the statute did not give Fox or ABC notice that a fleeting expletive or a brief shot of nudity was something that could be sanctioned. Id. at 13.

So How Does That Apply To This Proposed Law?

This ruling is important to the proposed Bill. In its current iteration, it is not clear what the prohibited action would be. When I was younger, I always wanted to play Halo because my cousin always played it. He was over 18, I was not. Given the current proposed bill, Rockstar may be held liable if there are loot boxes in the game because I was attracted to the game as a minor. Nothing that Microsoft did had the intention to bring kids to the game. This vagueness even affects the concerns voiced by Brandon Huffman.  Given my example, many companies may limit their protected speech in an attempt to avoid prohibited behavior. For example, Borderlands 3, releasing in September, utilizes a loot box mechanic for its items. Given the current Bill, 2k would have to worry about whether the mechanics in Borderlands 3 would be actionable. Although the story, gameplay, concepts should not be prohibitive, the game utilizes bright saturated colors and there are characters that act childlike. This may be enough to ban the mechanic from the game. The options are either stay true to the vision of the game or limit your speech to ensure a profit. Even if you have limited your speech, you don’t know what speech is actionable.

To close, this is just this iteration of the proposed Bill: edits and rewrites may lead to a bill that is constitutional. The damage inflicted cannot be undone, so it is almost certain that there will be some sort of restriction to Loot Boxes in the coming years. We have seen the trend world-wide of strict loot box laws. Japan implemented a gacha (lootbox) law restricting complete gacha. This stated that companies could not implement multi-level/combination loot boxes, known there as complete gacha. That restriction needs to fit appropriately to the market and should not be overbroad. Recently, 2k sports released its Myteam trailer highlighting the casino-esque designs that have been added to the mode. 2k in its wisdom added a slot machine design to the mode. Although there are other gambling mechanics in the game, the aesthetic has created an uproar about gambling being promoted to children and undoubtedly has added fuel to the fire, ensuring there will be a constitutional restriction developed. With loot boxes, it is only a matter of time. The backlash in regards to the trailer was enough to cause 2k to delay parts of the mode to redesign the look of particular areas, but to be honest, it still looks like a casino.